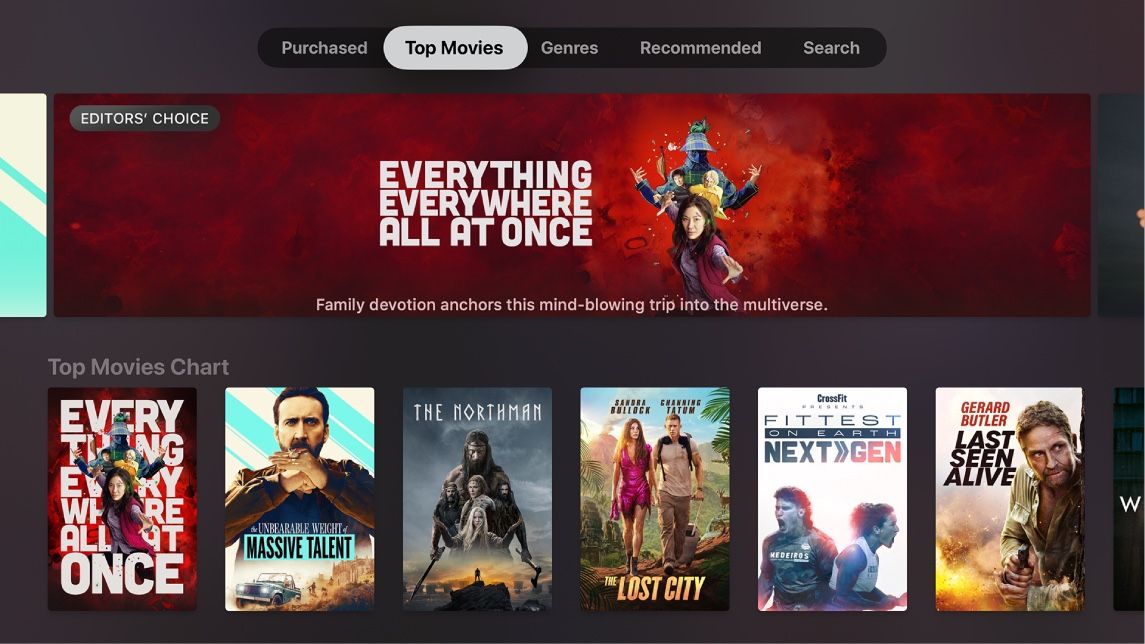 The other day I rented Confess, Fletch through Apple’s online store, so my wife and I could stream a movie through our Apple TV. I’m a fan of the Fletch books by Gregory Mcdonald, but I care a lot less about the Fletch movies by Chevy Chase, so I was hoping the new version starring Jon Hamm would be more faithful to the original novel.

It costs $19.99 to rent Confess, Fletch, as the film is available to stream at the same time it hits theaters. Paying $20 just to rent a movie touches me deeply because I’m both a cheapskate and a guy who grew up in the era of home video rentals where $20 would get you out of a Blockbuster Video store with an armful of VHS tapes. But admit it, Fletch wasn’t playing a theater we wanted to drive to, and I figured the $19.99 fee would be cheaper than full price movie tickets for me and the wife. So we went ahead and rented it.

And you know what? Everyone had had a great time. Jon Hamm comes across as a very likeable Fletch, the supporting cast is solid, and the mystery plot is energetic and moves right along. In fact, I loved Confess, Fletch so much that by the time the end credits rolled around, I wish I’d paid the extra $5 to buy the movie.

That’s when it hit me: why can’t I pay a few extra bucks to buy the movie I just rented?

If you’ve spent any time streaming movies available through iTunes or Amazon, you know that there are two types of ways to enjoy a digital movie – you can rent it, which gives you a predetermined window in which to watch the movie from the moment you click play, or you can buy it. Buying a movie usually costs more than renting it, with that cost depending on how new the movie is and whether or not it’s promoted by Apple or Amazon.

Deciding to buy or rent a movie is a pretty easy decision most of the time, especially when you’re renting something from the back catalog. My daughter wants to see The Phantom of the Opera to marvel at speaking-singing Gerard Butler? It’s a rental, folks. Apple is selling The Right Stuff, one of my favorite movies from the 1980s, at a deep discount? Buy, buy, buy.

But the decision becomes much more difficult now that Apple and Amazon are able to sell and rent films at the same time as their theatrical release. In the case of Confess, Fletch, I had a pretty good feeling that it was going to be my kind of movie. But was it a $25 bet I wanted to make at the time, when a more affordable rental option was available? It really wasn’t.

Now that I’ve seen the movie, I’m willing to rethink that “rent, not buy” stance, but not if it means paying twice for the same movie. But just add an extra $5 to my bill – that’s the difference between what it costs to buy Confess, Fletch, and rental fees – and I might be more easily persuaded to give Apple and studios that make a movie more of my money. Especially for a movie I enjoyed as much as Confess, Fletch.

(And just by the way here, in case it’s not entirely clear – you really should set aside time to watch Confess, Fletch, whether at a local theater or from the comfort of your outlet. Miramax seems no having put in hardly any money to promote the film, which is a shame, because it’s the kind of quick, fun affair that’s perfect entertainment at the end of a long week. to have a lot of movies like this before the studios adopted their “Comic Book Blockbuster or Obvious Oscar Bait or It’s Not Getting Made”, and maybe throw some money Admit it, Fletch’s way convinces someone ‘un that there’s a market for this sort of thing. Besides, I’d love to see Jon Hamm in Fletch’s Fortune or Fletch’s Moxie.)

Apple already does this with music downloads on its online store. The Complete My Album feature allows you to purchase complete albums at discounted rates when you have already downloaded individual tracks through iTunes. This way you don’t pay twice for the same song and you’re more likely to pay for the full album if you like what you’ve heard before. For example, because I already paid for Ring of Fire and It Ain’t Me Babe, Apple would only charge me $13.01 for the rest of The Essential Johnny Cash instead of the usual $14.99. It’s a good deal, and it’s also something Apple should do with movies.

Of course, there’s a big gap between “should” and “will fly,” and I imagine somewhere in between is a bunch of head-shaking movie directors. Apple can’t unilaterally decide to impose my rather excellent idea of ​​letting movie renters buy the title they just watched at a discount without a connection to the studio. And if you’ve ever tried browsing the web of online streaming deals that studios make with different services, you’ll know that there’s nothing plain and simple about the way this industry does business.

Still, hopefully it’s something that Apple or Amazon or anyone else that offers streaming movie rentals can eventually offer. I’m not asking for much in compensation for this idea – just let me Confess, Fletch for an extra five.

(opens in a new tab)

(opens in a new tab)