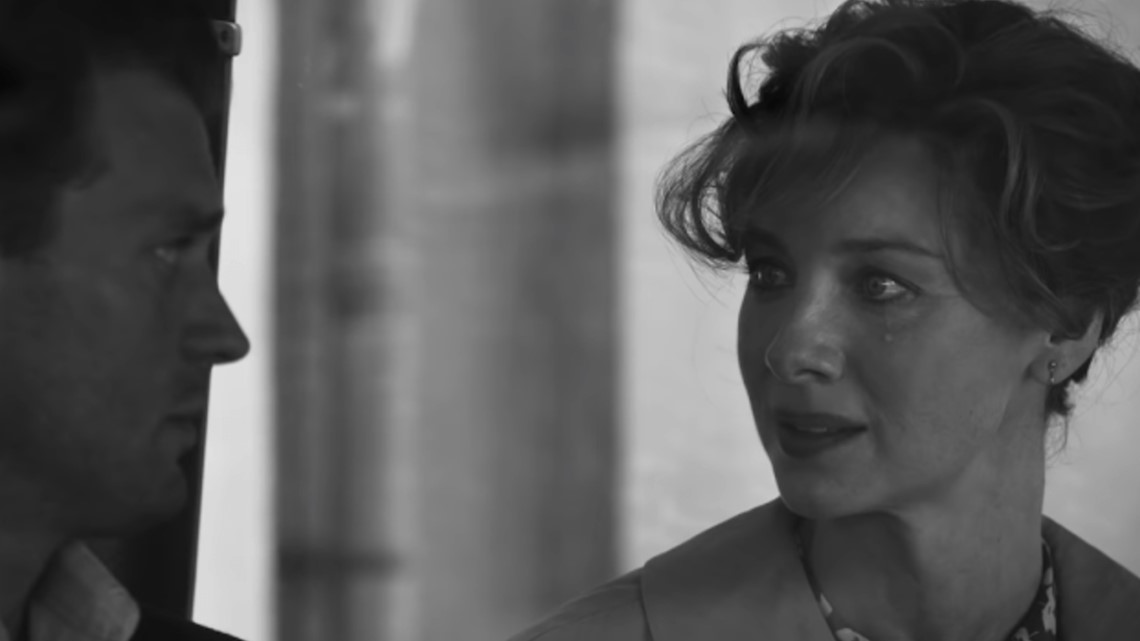 Thank goodness writer / director Kenneth Branaugh decided to get nostalgic during the pandemic!

Thank goodness writer / director Kenneth Branaugh decided to get nostalgic during pandemic containment! He made a real gift to moviegoers with “Belfast”. Based on his own childhood experience during the Protestant / Catholic conflict in the late 1960s (known as â€œThe Troublesâ€), it is told through the eyes of a 9 year old boy. It was played with just the right touch of daring by newcomer Jude Hill. We don’t necessarily have a political overview, but how the problem affects this family and their neighborhood. Jamie Dornan (“50 Shades of Gray”) plays the boy’s father, “Pa”. He works long periods out of town and wants to move his family to a better life. Caitriona Balfe (“Outlander”) plays his wife, “Ma”, stuck in the middle. Both are absolutely wonderful and not just because they are from Northern Ireland themselves. Equally awesome are the grandparents played by Dame Judi Dench and Ciaran Hinds. Do I have to say more.

Branaugh’s script is incredibly sincere, spiced with a formidable spirit. The boy’s crush on a classmate (he’s Protestant, she’s Catholic) is precious. The black and white cinematography, impeccable. (Color is only used for the present day and when movies and drama capture the boy’s imagination.) Van Morrison’s expected accents are often heard, but two scenes where grandparents dance impromptu on a song from “Camelot” and when Pa serenades his wife with “Everlasting Love” a lively wake will stay with you for days. This film will fill all categories when it comes to Oscar nominations. I love it! You will too.

Actress Rebecca Hall also opted for black and white cinematography for her screenwriter / director debut. “Passing” is about two fair-skinned black women in the 1920s. Irene is played by Tessa Thompson, Clare by Ruth Negga. The old friends meet up by chance in New York and in a world where Clare poses as a white. Even her racist husband, played by Alexander Skarsgard, believes it. Negga explains that this is not a rejection of darkness but a way to survive, certainly a way for her character to take advantage of all the traps of wealth. But is it enough? Soon she becomes a frequent visitor to Irene’s house in Harlem and begins to enjoy escaping into her world, including the vibrant social life.

Hall, a very good actress, does a terrific job her first time in these new roles. You definitely absorb the menstrual sensations and also feel the weight on Irene’s shoulders. She tries to protect her sons from the realities of racism (her husband wants them to learn), and she tries to help Clare keep her secret.

It’s a sequel that you should really see the original to fully appreciate. In “The Souvenir,” a film student played by Honor Swinton Byrne loses her older boyfriend to heroin addiction. Part II picks up right after as she navigates her grief while trying to figure out her future. It involves spending time in the country house of her parents, her real mother, Tilda Swinton, playing her mother perfectly, as you would expect. Soon she continued her student film with much negative feedback from fellow students and a guest director, arrogantly played by Richard Ayoade. Will she persevere to direct the film she worked so hard on, a film that ends up reflecting what she lived? Joanna Hogg wrote and directed both. These are independent gems, but not movies that a casual moviegoer would easily slip into.

You know â€œClifford The Big Red Dogâ€ from beloved children’s books, now he has his own live-action feature film. A New York girl who struggles with bullies at school stumbles upon a pet adoption tent. She doesn’t know she’s run by a magical man (John Cleese with a glint in his eye). A puppy she spots follows her house in her backpack, and before you know it he’s grown three meters, because that’s what every New York apartment needs, a pet gigantic! Oh, and sure, it’s red, so easy to melt! The girl’s uncle, Casey, was in charge of her at the time. He is played by the charming Jack Whitehall, who recently played Emily Blunt’s brother in “Jungle Cruise”. All kinds of drifts follow. It’s great family entertainment with a message about great love and resisting bullies. Parents could suffer much worse.