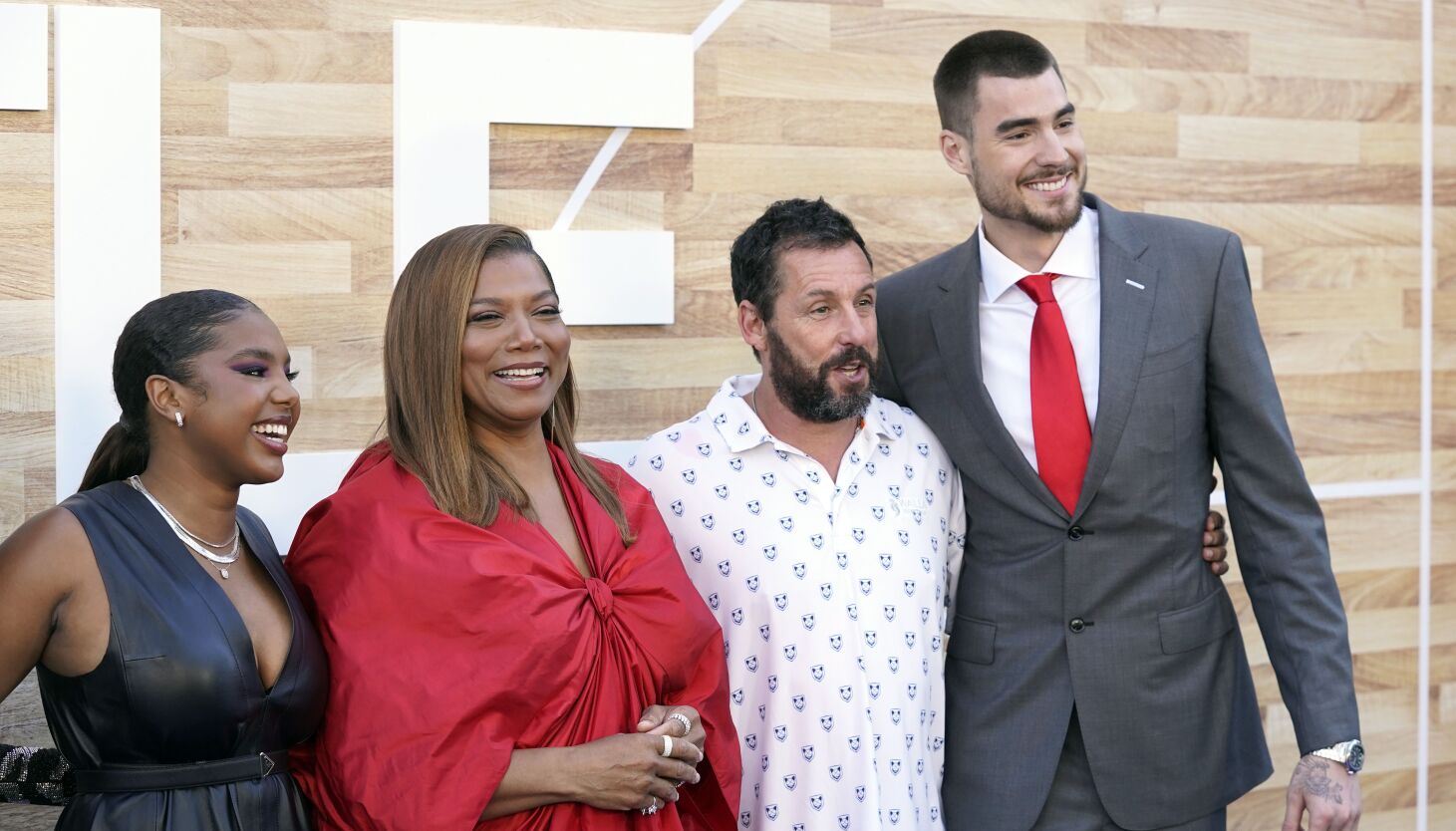 The movie “Hustle,” starring Adam Sandler and Queen Latifah, as well as Robert Duvall and Ben Foster, debuts in theaters on Friday and is set to hit Netflix on June 8.

Another star of the film, who is much lesser known in the entertainment world, is Utah Jazz backup forward Juancho Hernangomez, while his Jazz teammate Jordan Clarkson is among a slew of NBA players who also makes an appearance (the film is co-produced by Sandler and Los Angeles Lakers star LeBron James).

On Thursday, ahead of Friday’s release, Sandler and Latifah appeared separately on “Jimmy Kimmel Live!”, and both praised Hernangomez’s performance on the show.

Adam Sandler: “He’s such a nice guy. He is 6 feet 9 inches, he plays for the Jazz. He is like the sweetest human being.

Sandler then told the story of a scene in which Hernangomez had to cry, and Sandler was very impressed with how easily Hernangomez was able to do this.

“I look at him, and he just makes the scene, and all of a sudden, close-up, boom, all these tears. He is crying.

Latifah added, “When you see this movie, you won’t believe it. Like, we really scored, because Juancho, who plays Bo Cruz, is so fluid. This is probably the first time he’s done this. He’s great in the movie.

What do the reviews say about “Hustle”?