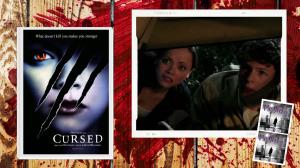 LOS ANGELES, California, USA, April 8, 2022 /EINPresswire.com/ — When you’re a big fan of movies, TV shows and all things movie-related, it makes sense to use your passion and your talent for writing reviews and blogs. With the encouragement and support of his amazing friends, Karl Franks embarked on the development of his craft and shaped his blog and film review website.

His passion for the big screen and TV shows started when he was just a young boy. He spent hours on weekends with his grandfather, who gave Karl his lifelong love for film and television. “My earliest memory of the first film that made a lasting impression on me is For a Few Dollars More, still to this day my favorite Sergio Leone film. It laid the foundation for my love of films outside the mainstream and my enthusiasm for independent cinema that continues to this day.

Now 7 years have passed and Karl continues to regularly create independent content on his website, mrgeekyblog.wordpress.com, while also contributing and writing reviews of horror, thriller and genre films for the Facebook page , The Bloody Asylum. You can also find Karl writing a monthly movie review for the Cinema Cult section of the webzine Last Day Deaf.

As someone who’s managed to take his love of film to the next level, Karl really strives to shine a light on the independent filmmaking and acting talent that lives outside of mainstream media. There are hundreds of movies and shows that most moviegoers don’t know about. That’s why we have people like Karl who can bring these films to the fore and help them get the recognition they deserve.

Karl’s main goal is to always have fun with his writing, something that has been close to his heart since the beginning of his journey as a critic and crew partner of The Bloody Asylum. “Above all, I always hope that my articles will please readers as much as I enjoy writing them.”

You can feel Karl’s lifelong love of the indie horror, thriller and genre film industry as his words and reviews are full of passion. It’s obvious that he really enjoys introducing new and old cinematic content that might not have been discovered for years. If you’re looking for recommendations on independent movies and TV shows, check out Karl’s Mr Geeky website!


EIN Presswire’s priority is source transparency. We don’t allow opaque clients and our editors try to be careful not to weed out false and misleading content. As a user, if you see something we missed, please bring it to our attention. Your help is welcome. EIN Presswire, Everyone’s Internet News Presswire™, attempts to define some of the boundaries that are reasonable in today’s world. Please see our editorial guidelines for more information.