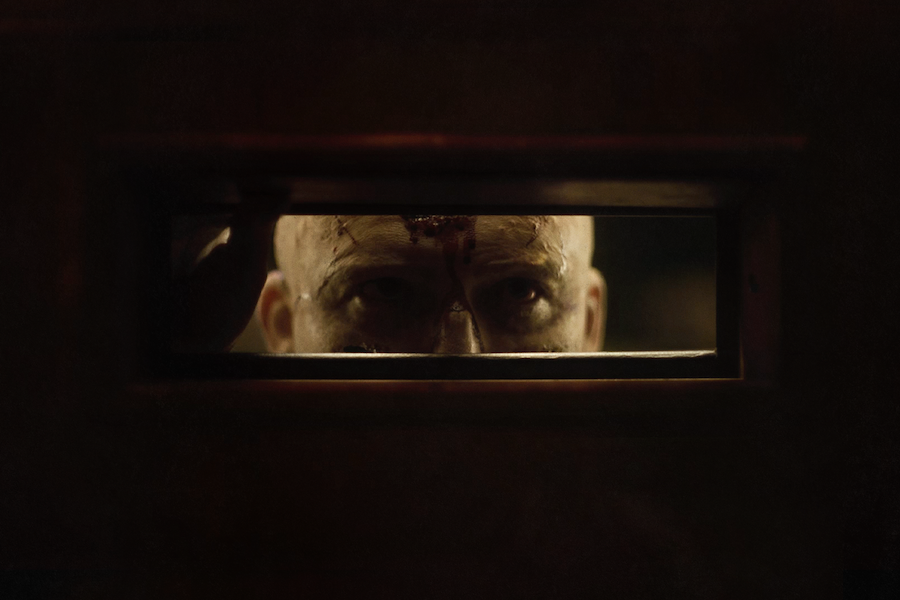 Men is one of those movies that makes challenging audiences predictable and formulaic. The cleverly crafted yet worthwhile horror flick about a woman (Jessie Buckley) hiding from her trauma in the English countryside follows in the footsteps of Hereditary, Midsommar and so many other films sporting the A24 logo.

This boutique film label is like Marvel to movie nerds, displaying millennial directors like David Lowery and Robert Eggers who proudly wear their creative freedom and assert their skills and individualism. Yet their films somehow revert to the same aesthetic and suffer from the same flaws: they ambitiously bring their subtext to the surface and feel hollow because of it.

Men fare better because writer and director Garland (a Gen Xer with millennial appeal) is a considerably more confident storyteller grappling with bigger ideas. And its star Buckley is the kind of powerhouse performer who can snatch the movie from it and make it feel real.

Her Harper is a widow wracked with guilt over how her emotionally abusive husband met his death. Trying to find solace in the English countryside, she is instead haunted by an entire village filled with toxic men in different ways. They’re all played by Rory Kinnear, which is an effective way to make the most of a limited cast during the pandemic while emphasizing that all men are the same.

Garland, the director behind Ex Machina and Annihilation, impresses with striking and charged visuals. He pretty much relies on this skill when his narrative falls short, causing the film to come across as a series of linked installations and paintings.

Men are at their best when they are visceral; when it evokes the terror of a shadow at the other end of a tunnel; or when a glitch on a Skype call takes on demonic form for a millisecond but leaves a lasting chill; or when Buckley just holds the stage, shaking. 100 mins. Now showing in theaters. NNN (Radheyan Simonpillai)

Thyberg seems intent on elevating audiences while providing a measured and dutifully researched tour of sex work, navigating power structures and strangling the lines between respectful and exploitative. It works thanks to Kappel’s nuanced and adventurous performance. 108 mins. On view at TIFF Bell Lightbox. NNN (RS)

Downton Abbey Settles Hollywood: This could have been the alternative title for the latest film about British aristocratic earls and heirs to the majestic TV show who now find themselves lifting the plot of Singin’ In The Rain and bringing it back to their country.

A film shoot moves through Downton as it transitions from silence to sound. The frivolous actors rub shoulders with the imperialists and together they learn to live in tune with the times. Or do they? (Full disclosure: I’ve never watched the Downton Abbey series. My first taste of that world was the previous film, where colonialist romance and quaint class came as a shock.)

The trials and tribulations of passive earners, where every other scene seems like a tea-and-crumb chat about who inherits what, is almost delightfully absurd this time around. Plus, he has more Maggie Smith. It’s all that matters. 125 mins. Now showing in theaters. NN (RS)

Dani accepts flowers from Solomon in Love On The Spectrum US

Love on the US Spectrum

After two seasons filmed in Australia, the Netflix show about autistic people looking for love is getting a spin-off in the United States. The results are as refreshing, earnest and heartwarming as the original series, minus the cool Australian accents.

Just as Michael was a fan favorite from the original, the US version is dominated by Dani, an ambitious and responsible host and entrepreneur who asks every potential date if they’ve ever been to Comic-Con. Watching her navigate her feelings for Solomon – totally her physical ideal but not as driven or accomplished as she would like – is fascinating.

James, who has two-tone hair, loves all things medieval and gets infuriated with his playful parents, is also set to become popular. And then there’s Steve, a 63-year-old San Franciscan who was only diagnosed as neurodivergent a few years earlier; her poignant story illustrates how autism was ignored decades ago.

Relationship coach Jennifer Cook – who is on the spectrum herself – is on hand to help a few singles, but she’s not used as much as her Australian predecessor, Jodi Rogers. This could be because the subjects are spread across the country. And after season two’s refreshingly queer and questioning subject matter, the fact that everyone on this show is straight is a bummer.

Yet while most dating reality shows are met with stares and desperation, this one will have you thinking about kindness, empathy and understanding – things we could all use more of right now. . All six episodes are now streaming on Netflix. NNNN (Glen Sumi)

The Chip ‘n Dale reboot is irreverent in a way that feels safe after The Lego Movie, taking some welcome jabs at the animation industry while borrowing its premise from Who Framed Roger Rabbit.

The film, directed by Lonely Island’s Schaffer, features Chip (John Mulaney) and Dale (Andy Samberg) as rodent actors who once had their own Rescue Rangers TV show. But now they’re stranded, alongside an alcoholic Peter Pan (Will Arnett) and the dead-eyed animated characters of Robert Zemeckis’ (Seth Rogen) Beowulf. They find a new lease on the Rescue Rangers when someone begins kidnapping cartoon characters and pirating them to overseas markets.

It’s all pretty cute, but not particularly inventive or involving. And I wonder if this new Rescue Rangers will leave kids cold as it pampers adults who grew up with rodents. 98 mins. Now streaming on Disney+. NNN (RS)

In the Weeds: Dewayne “Lee” Johnson vs. Monsanto Corporation