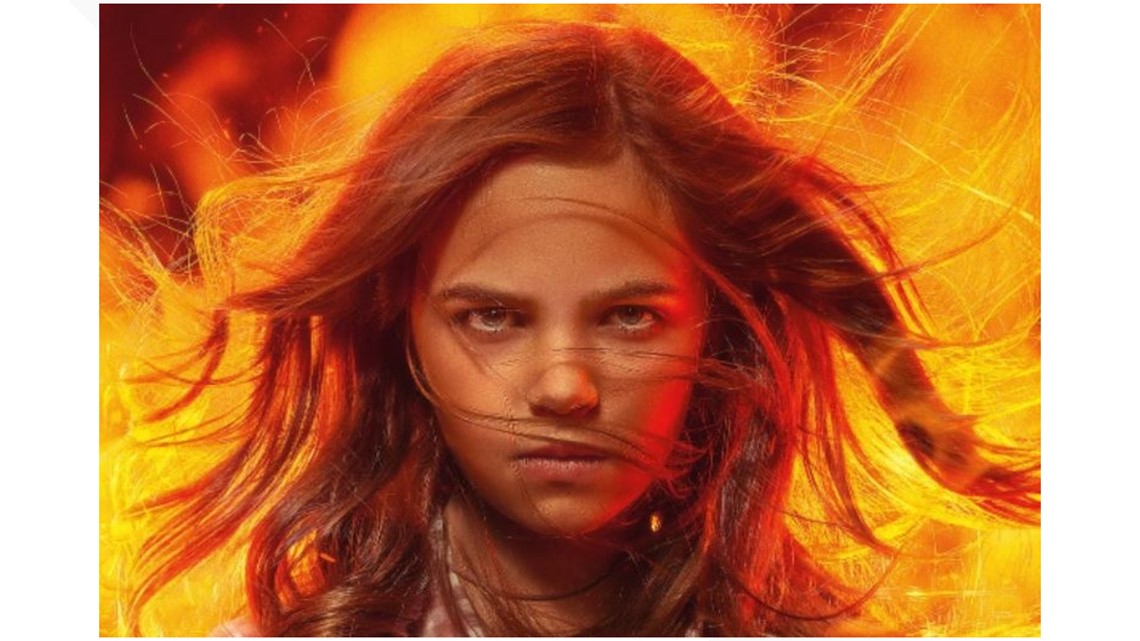 Well, she would be great for a camping trip…bonfires on demand!

A Stephen King classic gets a new treatment in the remake of “Firestarter.” I haven’t seen the original, so I can’t offer any comparisons. Here, in what I believe to be a first, Zac Efron plays a hot dad (pardon the pun). He and his wife (Sydney Lemmon) were the subject of a government experiment when they were in college. They came away with telekinetic powers which they both removed. But their genetics are strong. A bouncy little girl arrives and all hell breaks loose in the house. His powers are even greater.

Could she match that cry of Barrymore? Yes, she could.

Her father explains to her that she really has superpowers, but that you have to use them wisely and not when you are harassed at school (it is difficult to explain to the director). An out-of-control pyro incident draws attention to the family, and this pesky government agency goes on the hunt. Enter the “Rainbird” character, who I can never quite figure out, given how the movie ended.

I won’t give that or anything else, but Dad and Charlie end up running away together, briefly accepting hospitality from a kind farmer. Then it’s every man for himself, man or child, in order to protect Charlie. Director Keith Thomas says almost all of the fire effects are real, done behind closed doors. That meant using flamethrowers, even lighting up actors. Look, it’s not as good as the other King adaptations (I’m thinking “It” right off the bat). It deserves its “R” rating, because the lifeforms are burned.

But as the horror goes away, it fades away.

Rebel Wilson stars in her first film since her dramatic weight loss.

A high school cheerleader, “Stephanie”, takes a bad fall and wakes up in the hospital 20 years later as Wilson. She returns to high school trying to reclaim her life and earn that elusive prom queen crown. “This Is Us” star Justin Hartley stars as his former high school crush.

Wilson says the character was originally written as an athlete, but she wanted to fulfill her cheerleading fantasy and made the tweak. I haven’t seen this (Mavericks Game 6 beckoned me) but it’s top of the list this weekend. Give me an “R”. Rebel