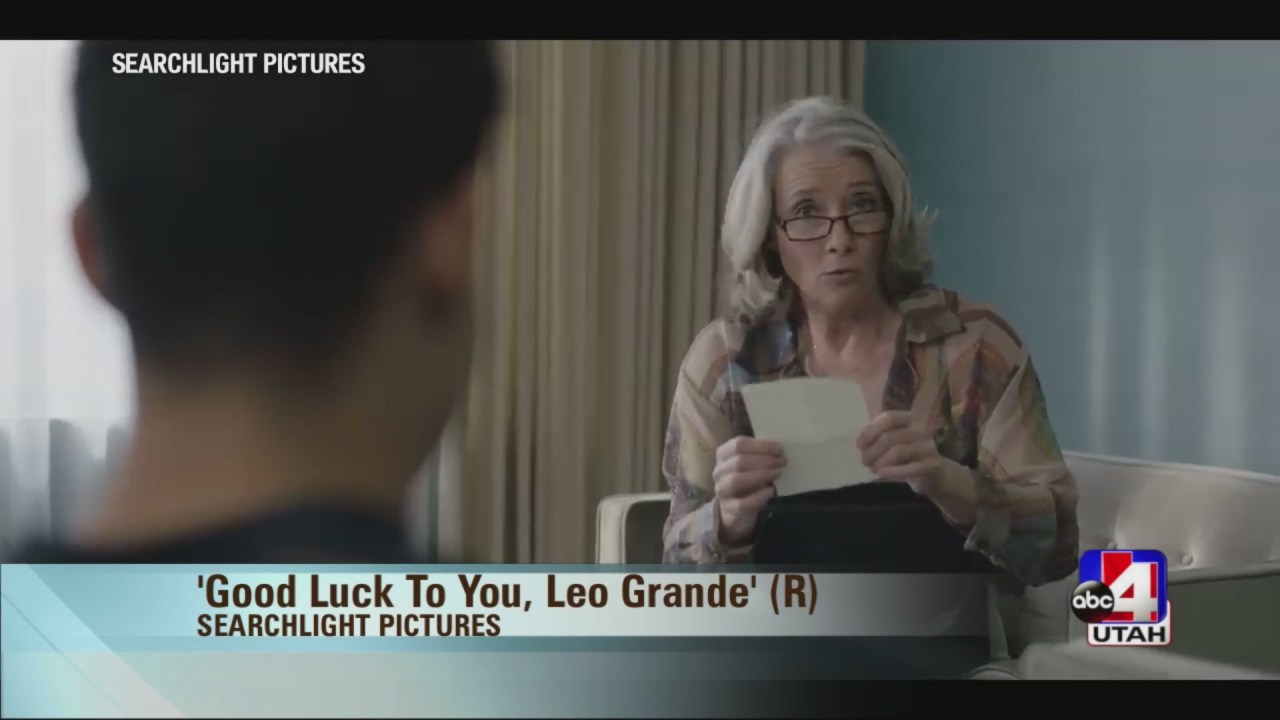 The weekend is finally here and there’s no better way to escape the heat than hitting the cinema for new releases or unwinding from the work week at home while streaming movies. . For Friday Flicks, film critic Val Cameron stopped by to share her picks of the week. Whether you want to hit the theater or prefer to stay home for the night, Cameron has you covered.

Cameron opens the segment with “Good Luck to You, Leo Grande” featuring one of his favorite stars, two-time Oscar-winning actress Emma Thompson. The movie is available to stream on Hulu and is rated R. Cameron loved the movie because it shows that it’s never too late to do what you want. The film is about a retired widow in search of empowerment and self-discovery. Cameron gives the film a B+.

The second movie Cameron is talking about is “Cha Cha Real Smooth.” The film has a beloved star-studded cast including Dakota Johnson, Leslie Mann, and Brad Garrett. The lead role is played by newcomer Cooper Raif who wrote, produced and directed the film. Raif is only 25 years old. The film premiered at the Sundance Film Festival and is rated R. Cameron says Johnson did a great job as the female lead and rates the film an A-. “Cha Cha Real Smooth” is currently playing at the Jordan Commons and Thanksgiving Point Megaplex Theaters, Center Broadway Theaters and the Metropolitan Holiday Village 4 Theater in Park City. It is also available to stream on Apple TV+.

Cameron wrapped up the segment with Disney-Pixar’s latest film, “Lightyear.” This film has been highly anticipated and features big names such as James Brolin, Chris Evans, Keke Palmer and Taika Waititi. “If you love ‘Toy Story’ and want to know why Andy loves Buzz, this is the movie Andy watched to love Buzz Lightyear and why he asked for Buzz Lightyear as a gift,” Cameron said. “You’re not going to get huge ‘Toy Story’ thrills, but you’re going to get Buzz Lightyear thrills and you’re going to find out what’s behind Buzz.” Cameron gives the film a B+. “Lightyear” is available to stream on Disney.