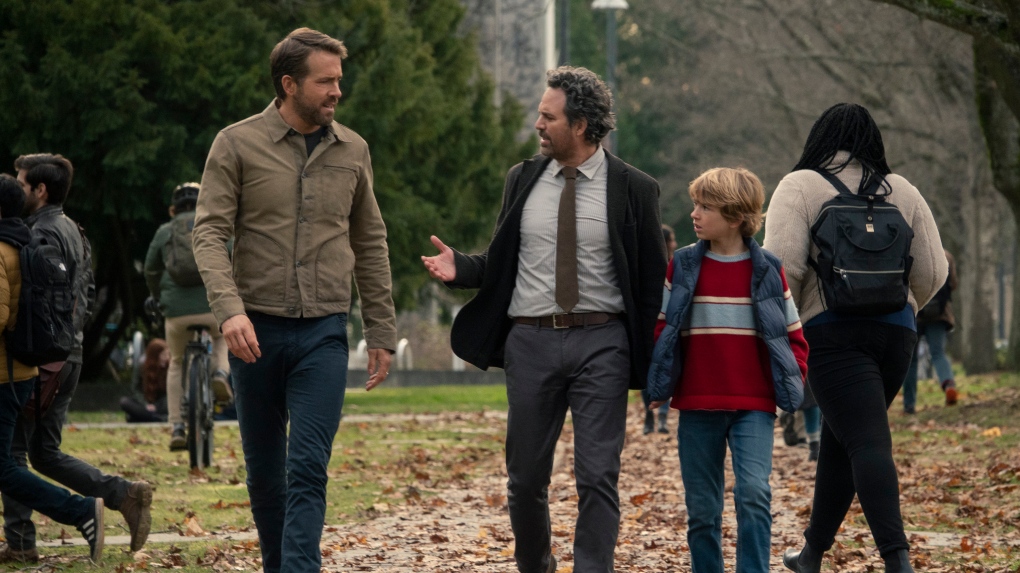 Ryan Reynolds has carved out a unique and profitable niche on screen. The current king of non-IP action-comedy, he recently scored big hits with “Red Notice” and “Free Guy,” original films not based on an existing comic book or video game. This week, add to that list “The Adam Project,” a sci-fi adventure movie currently streaming on Netflix starring Mark Ruffalo and Jennifer Garner.

Adam Reed (Walker Scobell), a precocious thirteen-year-old who lives with his mother Ellie (Garner), still suffers from the death of his father a year earlier. “Son, you have to think about your future,” Ellie said, “because it’s coming. Sooner than you think.”

In fact, it may have already happened.

One day, Adam finds an injured fighter pilot hiding in his family’s garage. Turns out the stranger isn’t a stranger after all. This is Adam (Reynolds) from the future; the adult version with a bullet hole in the side and a mission. “You are me,” said the amazed youngster. “It’s classified,” said older Adam, “but yes, I was.”

The time traveler has returned to 2022 to save the world, using information created by his late scientist father Louis (Ruffalo). To complete the mission, he will have to go back further in time, this time with young Adam by his side. But first, there’s a time-traveling villainess (Catherine Keener) and the question of how to master the past while saving the future.

Time travel movies rarely make perfect sense, and “The Adam Project” is no different. Time may be a flat circle, and destined to repeat itself, but the cinematic machinations of jumping from year to year, changing the past from the future, often give me headaches and drag me out of the story.

“The Adam Project” sneaks in, not because of its understanding of the paradox of theoretical physics, but because if the chemistry between Reynolds and his young co-star Scobell.

Reynolds, reunited with his “Free Guy” director Shawn Levy, brings his charisma and way of doing things with a joke, while Scobell, who is making his acting debut, is a natural foil. He’s funny, charming, and stands up to Reynolds, arguably one of the best scene stealers in movies today.

They click and because they do, the movie works. The sci-fi aspects of the story, the Stormtrooper-like soldiers of the future or the loud CGI climax, don’t make as much of an impression as the heart and soul of the film, the relationships between the Adams and their father as they heal the wounds caused by their father’s death. 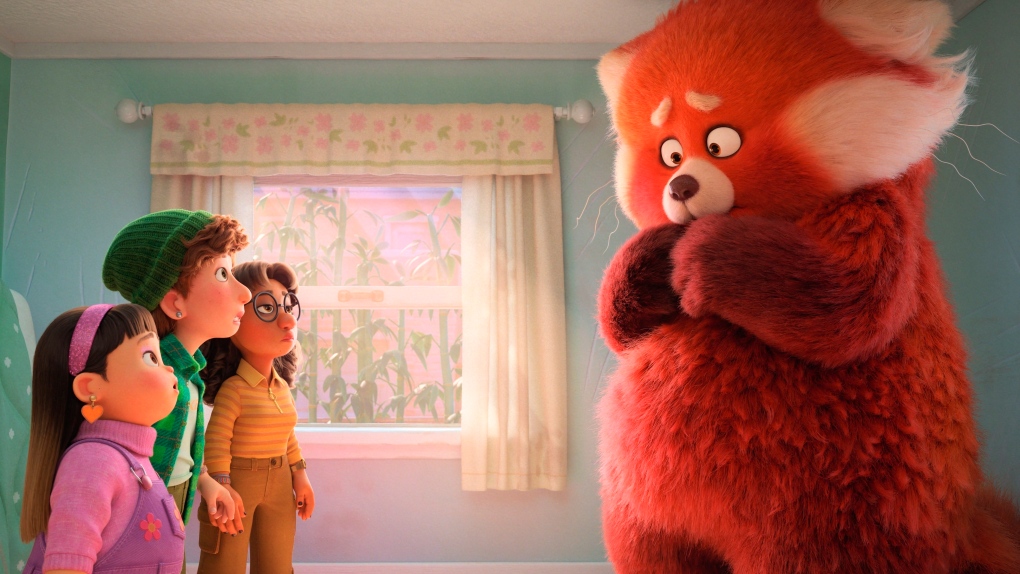 This image released by Disney+ shows the characters, from left, Abby, voiced by Hyein Park, Miriam, voiced by Ava Morse, Priya, voiced by Maitreyi Ramakrishnan, and Mei Lee, voiced by Rosalie Chiang in a scene from “Turning Red “. (Disney+ via PA)

You can tell Pixar’s “Turning Red,” a lovely new animated film now streaming on Disney+, was directed by someone who grew up in Toronto. Oscar-winning director Domee Shi includes city life staples like a TTC pass and the CN Tower, but it’s her reference to the Skydome, the original and unique name of the arena now known as the name of Rogers Center, which cements it. Hogtown in good faith.

Meilin Lee (voiced by Rosalie Chiang), the film’s main character, is a free spirit in a traditional family. She likes to dance, go out with her friends and she particularly likes the boy band 4*Town. “Since I was thirteen,” she says, “I’ve been doing my own thing.”

She navigates between the daughter devoted to Mother Ming (voice of Sandra Oh) and the non-conformist. “The number one rule in my family is to honor your parents,” she says, “but if you take it too far, you might forget to honor yourself.”

Everything changes for Meilin one morning after having a nightmare and before you can say “Poof!” she transforms into a giant red panda. Hearing a commotion upstairs, Ming investigates. “You are a woman now and your body is starting to change,” she says through the door to her visibly upset daughter.

When the truth of the situation is revealed, Ming is not surprised. It turns out that the panda transformation takes place in the family, usually after some sort of emotional episode. Unless Meilin wants to be a shapeshifter for the rest of her life, she has to listen to her parents. “There is a darkness for the panda,” says Mei’s father, Jin Lee (Orion Lee). “You only have one chance to banish him. And you can’t fail or you’ll never be free.

A special ceremony can cure her of the spell, but it must be performed under the red moon, which is a month away, on the same night as the big 4*Town show at the Skydome.

“Turning Red” is an imaginative animated film that will make your eyeballs dance. Toronto is lovingly recreated and the characters have personalities to burn. Mei’s alter ego, the giant red panda, is both terrifying and adorable, a metaphor for puberty basically coming to life. Complemented by excellent voice work from Chiang and Oh, it’s a Pixar-worthy effort that can sit on the shelf alongside classics like “Up,” “WALL-E,” and “Toy Story.”

The coming-of-age story is also handled well. The importance of family is a key message, as it is in many children’s movies, but it’s Shi’s sensitive (and very fun) lessons in assertiveness and being true to yourself that sets it apart. distinguish. Mei feels suffocated by the overprotective Ming, but she fights back, even if it’s scary. “I’m changing moms,” she said. “I’m afraid it will take me away from you.”

“Don’t hold back, for anyone,” Ming replies. “The further you go, the prouder I will be.”

It’s more touching and nuanced than you might expect from a movie about a young girl who turns into a panda, but “Turning Red” is that movie. He is not afraid to be silly, serious and sincere, often at the same time. It’s a charming and insightful portrait of the chaos of being a kid, and how respect, family and friends (and the music of a small boy band) can help soften the mad rush. Oh, and Toronto has never looked so good on screen! 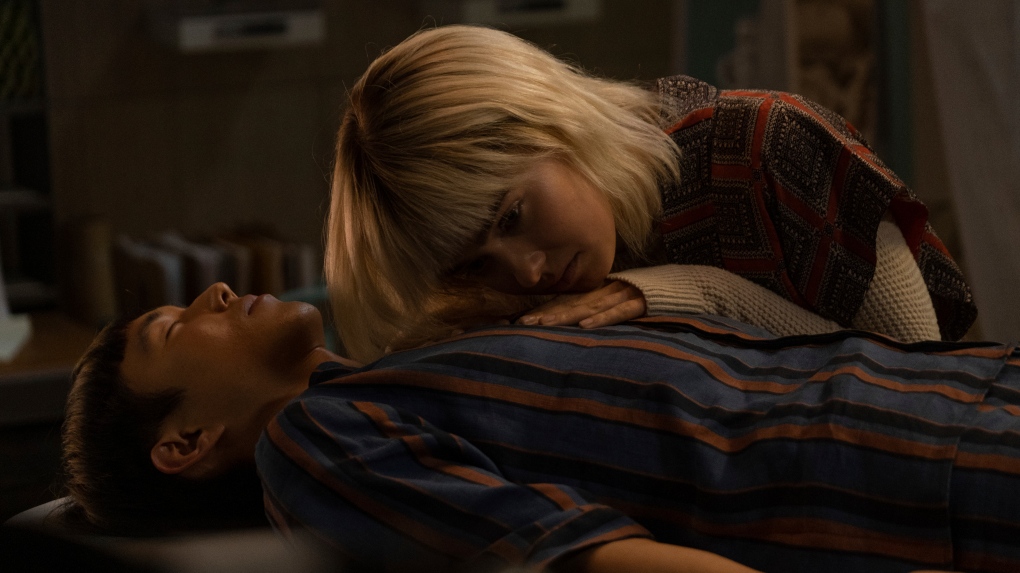 This image posted by A24 shows Justin H. Min and Haley Lu Richardson in a scene from “After Yang.” (A24 via AP)

“After Yang,” a new sci-fi movie starring Colin Farrell and Jodie Turner-Smith that’s playing in theaters now, is about a life as a sentient robot, but the firepower of humanoid android movies like “The Terminator” has been replaced with a slow, contemplative mood.

Set in the near future, “After Yang” begins with the loss of the artificially intelligent Yang (Justin H. Min of The Umbrella Academy), an android bought by Kyra and Jake (Jodie Turner-Smith and Colin Farrell) as a cyborg companion and “older brother” to their adopted Asian daughter Mika (Malea Emma Tjandrawidjaja). When Yang suffers a central dysfunction and shuts down, Mika mourns the loss of his “gege” or older brother in Mandarin.

Jake’s search for a way to fix the “technosapian” healer is trickier than you might think. It’s more complicated than returning a faulty iPad to the Apple Store. The manufacturer will only fix the twelve most common problems and warns Jake that it is illegal to access data stored in the robot’s memory banks.

Nevertheless, Jake accepts a tool to access Yang’s master chip from the museum’s curator (Sarita Choudhury), only to discover that it has been refurbished multiple times and holds memories of his many experiences.

Director Koganada focuses attention on the meditative aspects of the story, not the mechanics, creating introspective sci-fi that elegantly and subtly explores issues of existence, grief, love and memory. The film’s cold, detached exterior melts away as time passes, as the sci-fi aspects of the story become a study of relationships and why we connect with the people and things we do. .

Low-key but heartfelt performances from Farrell, Turner-Smith, Min and Tjandrawidjaja add emotional resonance to a speculative story designed to appeal to the heart as much as the brain.

“Ultimately, the film Koganada directed is a poignant family drama with sci-fi elements. But just because ‘After Yang’ is more interesting than exciting doesn’t mean it isn’t. effective and memorable.