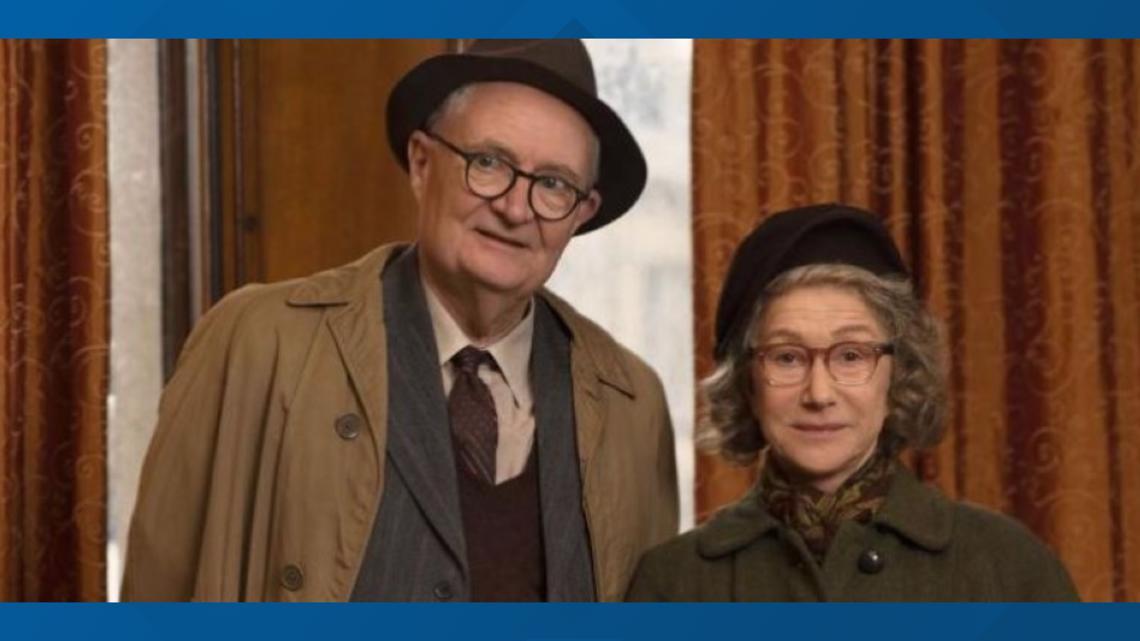 “The Duke” is charming, “Memory” is a puzzle and “Green Ghost” is decidedly Texas.

No, it’s not a movie about the college basketball team that some love to hate. It’s not even about a noble, although it’s a painting of one!

Based on a true story from the 1960s. A retired British bus driver, Kempton Bunton, is a man with a cause. Right now he is against paying a tax to get television service. He sees that the British government bought a painting of the Duke of Wellington (the same one seen in the James Bond movie, “Dr. No”) for the equivalent of around $3 million today. So why not steal it and apply the reward to pay for TV licenses for needy seniors? He can always return it! Sounds like a pretty noble cause! His son thinks so. Is Bunton a criminal or a folk hero? He’s the star of his trial, that’s for sure!

“The Duke” couldn’t be more charming, largely thanks in part to its casting. Jim Broadbent plays Bunton. His wife is none other than Helen Mirren. She plays a servant and worries that her husband’s constant hijackings will cause her to lose her job. A side story about how each deals with each other’s grief builds great empathy, and there’s a twist at the end that you might not see coming. This is a really nice little caper. And on opening week, you can bring a friend for free if you see them at the Angelika Film Center and buy your ticket on their website!

If I remember correctly, Liam Neeson has been doing the same kind of movie for years now: the slick agent who wants revenge. “Memory” is the latest, although this time it’s a career criminal.

Based on a Belgian film, his character ‘Alex Lewis’ is a hitman who wants to retire from the game when faced with a moral dilemma. The person ordering the hit (a very powerful Monica Bellucci) has crossed the line into wanting to kill a young victim of human trafficking. Alex won’t, so he’ll kill whoever wants him. Guy Pearce stars as an FBI agent who also takes an active interest in the case. Alex also suffers from Alzheimer’s disease, hence the title of the film. He even writes reminders on his arms (a subtle nod to Pearce in “Memento,” perhaps?), and he wants to achieve his goals before it’s too late.

“Memory” is directed by Martin Campbell (“Casino Royale”, “The Legend of Zorro”). I walked in with decent expectations and left disappointed. It’s a bit like when you have a dull headache and nothing really engages you. Another feature film that caught my attention: it takes place in El Paso. “It turns out that some exteriors were filmed there, but most of them were shot in Bulgaria. Touch!

Green Ghost and the Stone Masters

The real Charlie Clark grew up in South Texas, spending much of his childhood with his nanny, whom he called “Nana.” She shared with him the traditions of her native Mexico. Fast forward to middle age, and Clark is a successful car dealership with a fantasy, it seems. He took his childhood story and embellished it into a feature film, “Green Ghost & The Masters of the Stone.”

He plays a car dealership by day, luchador by night, “The Green Ghost”, not “The Gringo”, as he teases. His Nana has supernatural powers, but so does his evil sister. The Green Ghost and his best friends, Nana’s real grandson and granddaughter, must snatch a green stone from the sister’s son and save humanity! But first, he must train with a trio of masters, including Danny Trejo, who is more into drinking than fighting.

This movie doesn’t take itself seriously. Clark not only stars, but also writes and produces this passion/vanity project that plays like a Saturday morning B-movie of years past. Suffice it to say, Jack Black (“Nacho Libre”) is safe!