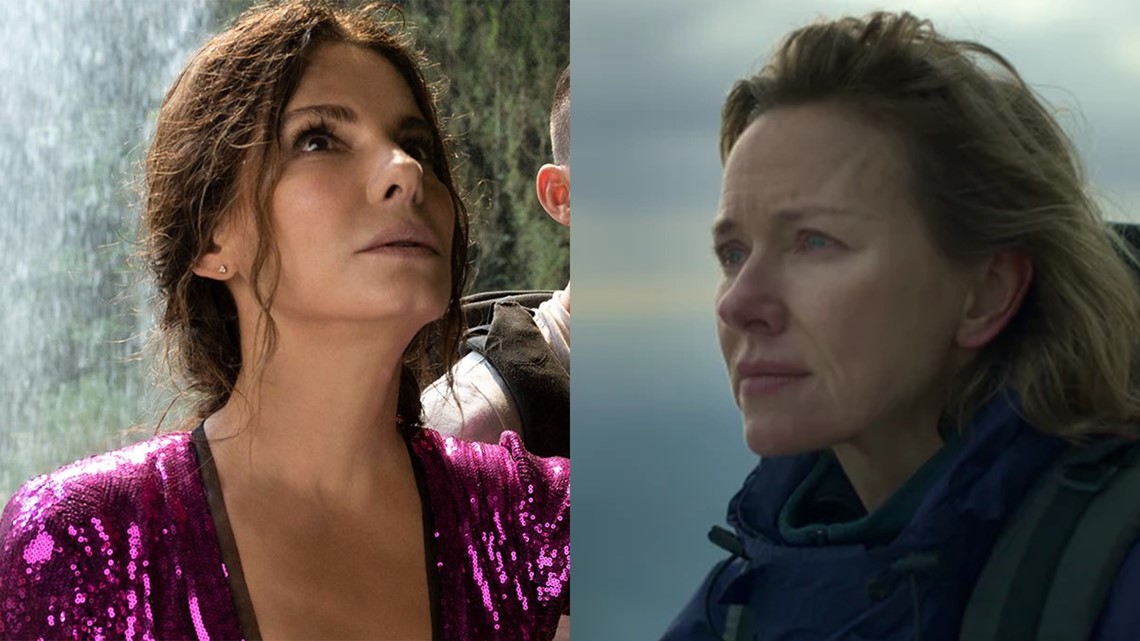 Sandra Bullock gladly takes up the torch in her new comedy/adventure “The Lost City”.

Ah, being stuck in the jungle with Channing Tatum. Somebody has to do it! Sandra Bullock gladly takes up the torch in her new comedy/adventure “The Lost City”. She is a successful novelist. It’s her cover model that tends to blur the line between fantasy and reality. She is also a reclusive widow. Her husband was an archaeologist specializing in ancient languages, and she is also familiar. When a megalomaniac, played by Daniel Radcliffe, is determined to find a rare jeweled crown, he searches for it. We call it ‘kidnapping!’ Soon, she leaves for an exotic island that is said to be home to this crown. Who comes after her damsel in distress, but hunky Tatum! He’s not doing it alone though. He enlists a mercenary he met at a meditation retreat, played by Brad Pitt. Mayhem in pursuit of the villains follows.

Having last seen Bullock in the dark drama, “The Unforgivable,” I couldn’t wait for a romantic comedy. While that’s fun (I’m sure everyone’s heard of her shooting leeches at Tatum’s back), it’s not the knockout I was hoping for. Pitt sets the bar so high with his silly sendoff that the rest never catches up with him. Bullock says it’s his last movie for a while, wanting to spend more time with his kids. I wish she would come out on a higher note, but I’ll take anything from her and take advantage of it.

She braved a tsunami in “The Impossible” in 2012, now Naomi Watts scales the peaks in “Infinite Storm”. So you would think she would be your go-to girl when danger comes. On the contrary. She says you would like to go ahead and call someone else! “Infinite Storm” is based on the true story of Pam Bales, a veteran climber and member of the New Hampshire Rescue Team. One day, she goes hiking and a blizzard sets in. As she turns to go back, she encounters a man who seems stuck but resists her help. Eventually, she learns that they share life-altering stories of grief, and it all poetically loops.

It is interesting to know what kinds of films have been produced during the pandemic. They tend to cope with isolation and exhibit small casts. It fits that mold but is a step above – a great adventure over the lengths we’re willing to put on to get out the other side. Despite her humility, Watts is very convincing and is in good hands with Polish director Malgorzata Szumowska. Mavericks fans, it will interest you to know that the film was shot in Luka Doncic’s native country of Slovenia, while he was at the top of the NBA!