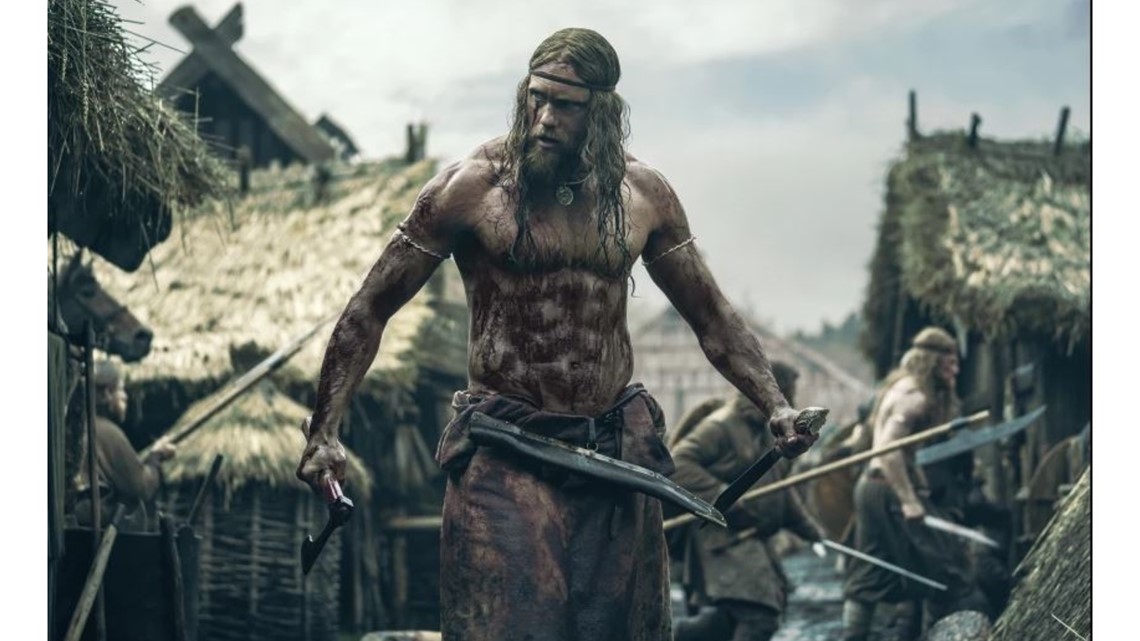 “The Northman” is from director Robert Eggers. If you’ve seen his previous films like “The Witch,” you know his work is visually appealing, bordering on weird.

The man from the north

If you like your bloody and muddy epics, “The Northman” is for you!

Alexander Skarsgard had wanted to realize this project for years. He stars as a Viking prince seeking to avenge his father’s death and save his mother (played by Nicole Kidman). Based on a Scandinavian version of “Hamlet”, the story is actually a pretty basic revenge story. But there’s plenty of twists, murders, and sorcery before it’s all said and done. Skarsgard has shaped up reminiscent of his “Tarzan” days to play the vicious warrior. It’s all very primitive and I guess one of the most authentic looks at 900s Viking culture. I wasn’t there then! One of my favorite young actresses, Anya Taylor-Joy (“The Queen’s Gambit”), joins the stellar cast as his mistress.

“The Northman” is from director Robert Eggers. If you’ve seen his previous films – “The Witch” or “The Lighthouse” – you know his work is visually appealing, bordering on weird. This one is weird too, but seductive too.

The unbearable weight of massive talent

If we discover one thing in this clever film, it’s that Nicolas Cage has a good sense of humor about himself!

In “The Unbearable Weight of a Massive Talent”, Cage plays a version of himself. He loses a movie role he really wants. Desperate to find work, his agent tells him he can make $1 million just by showing up to a birthday party overseas at the invitation of a billionaire who is a huge fan. Pedro Pascal (“Narcos”, “The Mandalorian”) plays the billionaire. It turns out that something fishy is going on with the billionaire’s family, and federal agents – played by Tiffany Haddish and Ike Barinholtz – seek his help. Oh, and he also tries to solve family problems at home.

Adding to the “meta” layers, Cage meets his younger self from memorable film roles of the past. Tom Gormican co-wrote and directed the film and is clearly a huge Cage fan. I’m glad the star accepted this ride. He is now in another memorable movie.

Speaking of riding, you’ll want to do one with “The Bad Guys”…if you can catch them! The animated film is based on Aaron Blabey’s best-selling books.

A bunch of critters are the villains of every children’s story: the (Big Bad) Wolf, the Shark, the Snake, the Piranha and the Tarantula. Together they are known to pull off any type of heist in town. Now they’re going for the big prize: a gold trophy to give to a philanthropist at a gala.

Do people stereotype them? Maybe they are capable of being “The Good Guys!”

The mysterious foxy governor plants the seed. While some animated movies are suitable for 4-6 year olds, this one has just enough “coolness” for even older kids to enjoy. Parents too. Good work!