George Miller is perhaps best known as a director of wild action films, but at the heart of all his films – be it the backcountry opera of his “Mad Max” series, the sweet inspiration from “Babe: Pig in the City”, or the fantasy of “The Witches of Eastwick” – is masterful storytelling.

His latest film, “Three Thousand Years of Longing,” starring Idris Elba and Tilda Swinton, celebrates the art of storytelling with a tale of how a well-told story can bring people together.

Swinton plays Alithea Binnie, a lonely professor of narratology. “I am a solitary creature by nature,” she says. “I have no children, siblings or parents. I had a husband once. Her work has led her to question the importance of mythology in the age of technology. “Sooner or later, our creation stories are replaced by science,” she says.

Her compartmentalized and orderly life is turned upside down when she buys a souvenir at Istanbul’s Grand Bazaar. “Anyway,” she says of her purchase – a small decorative glass bottle shaped like a genie lamp, “I’m sure it has an interesting story.”

Just make stories. Inside are a multitude of stories. And a genius.

When Alithea opens the vial, she releases a cloud of iridescent smoke. The Djinn (Elbe), a magical character imprisoned by King Solomon (Nicolas Mouawad) in the bottle for 3,000 years because he “cried out my heart’s desire”, appears. Her only path to true freedom is to grant Alithea’s wishes, based on her three deepest longings.

Alithea’s study of ancient myths left her wary of accepting the Djinn’s offer. “I can’t for the life of me invoke one qualifying wish, let alone three,” she said.

Nevertheless, the Djinn regales her with stories of his life, à la Scheherazade, in an attempt to trick her into making a wish.

Based on the short story “The Djinn in the Eye of the Nightingale” by A.S. Byatt, and co-written for the screen by Miller, “Three Thousand Years of Longing” has much of the director’s visual flair and performance ironclad by Swinton and Elba, but this fairy tale about the importance of stories and romance lacks the magic promised by its premise.

There’s sentimentality to burn in the Djinn’s account of the great loves of his life and how his “penchant for talking to women” literally locked him up for millennia, but it often feels like an academic exercise. Her stories reveal an alluring vulnerability in the personality of the mysterious creature, but instead of being swept away by the spectacle of storytelling in worlds of romance, we await the emotional impact, which is delayed and, even then, muted. . Everything is allegory with not enough passion.

“Three Thousand Years of Longing” undeniably has some cool moments, most likely conjured up in Miller’s fevered imagination. King Solomon’s magical, self-playing stringed instrument is wonderful, and the period details contained in the flashback of the Djinn’s life are beautifully rendered, despite some dodgy CGI. But, unlike the great stories it celebrates, the film lacks the kind of tension between tracks needed to craft a compelling narrative. 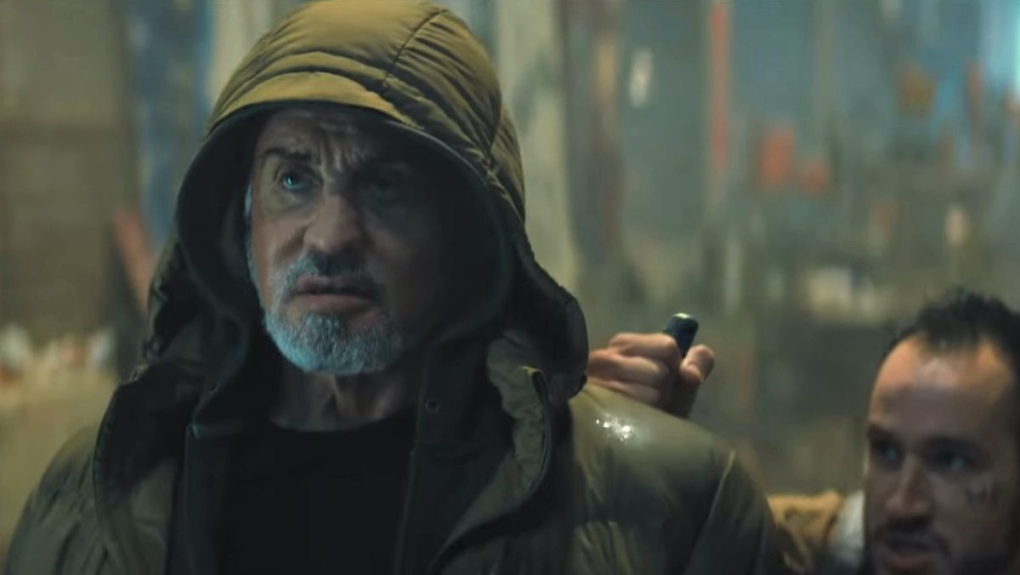 A scene from ‘Samaritan.’ (First video)

There was a time when, to be a hero, Sylvester Stallone only had to do a few rounds with Ivan Drago.

How times have changed.

In “Samaritan,” Stallone is a super variety hero. He has exceptional strength – he is able to leap through walls, leap over lakes of fire, and absorb high-octane fire.

It even has a tagline, “Have a blast,” but a Marvel movie, it doesn’t.

“Samaritan” is the kind of off-brand superhero movie that graced Blockbuster’s shelves. These days, you’ll find it streaming on Amazon Prime.

Set in Granite City, the film is set 25 years after the city’s protector, Samaritan, disappeared following a fight with his nemesis, Nemesis, opening the door to villains like Cyrus (Pilou Asbæk), who could pass for a “Lost”. Boys” era Kiefer Sutherland, and his band of ultraviolent goons to take over.

Imagine “The Warriors”, but with masked heroes and villains.

Unemployment and poverty are on the rise. “It’s only a matter of time before the city implodes,” shouts a newscast.

Granite City is also home to teenage Sam (Javon ‘Wanna’ Walton), described by his single mother (Dascha Polanco) as “good, but a bit lost.” Sam is obsessed with the story of Samaritan and is convinced that his neighbor, a garbage man named Joe Smith (Stallone), is the hidden superhero.

Joe denies any connection to the missing crime fighter. “Samaritan is dead,” he growls. “I’m just picking up trash.” But when Sam sees Joe surviving, nearly being split in two by a brutal car attack, he’s more convinced than ever that his neighbor has special powers.

Over time, a father-son bond develops between them, and when Cyrus calls for a violent revolution—actually just rioting and looting—Sam begs Joe, “You’re the only one who can help.”

The question is, will Joe be able to clean the streets of crime or just pick up the trash?

“Samaritan” has a distinct early ’90s feel to it. There’s an undeniable nostalgic rush to the film’s low-tech effects, villains who cackle with delight at every evil deed, and a cutting-edge city vibe. It’s the stuff of the George HW Bush era straight to home video, and it reminds me of the days when I watched movies, rented for a day or two, on rickety old video tapes.

That being said, “Samaritan” is fun. It’s a hoot to hear Stallone explain his superhero body biometrics, and even as a heavyweight superhero who eats his morning cereal with apple juice and is afraid to jump off a building by concern for his knees, the man formerly known as Rocky is a fun watch. 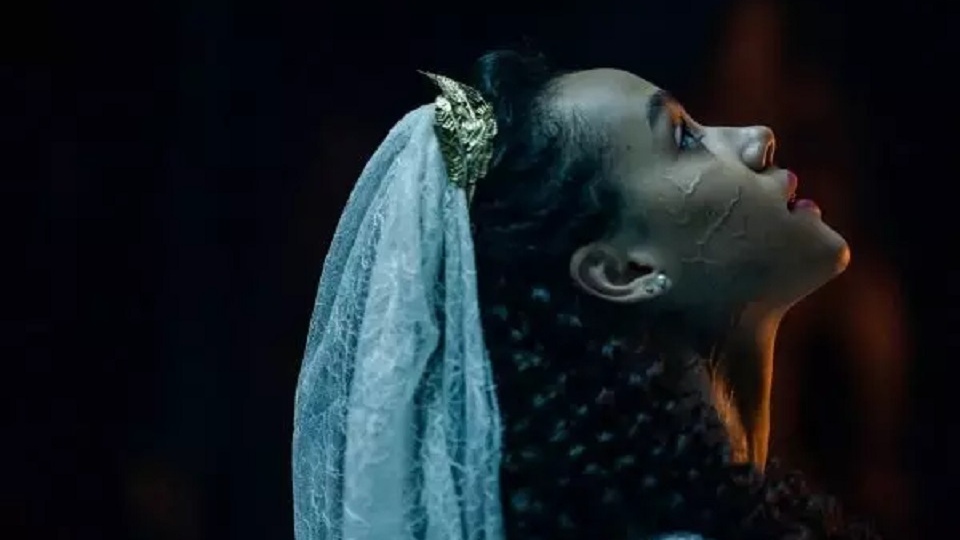 A scene from ‘The Invitation’. (Sony Pictures)

Everyone needs to love someone. I mean, come on, even Dracula had a girlfriend. The Count’s blood-sucking ‘brides’ are behind a contemporary horror film called ‘The Invitation’, which is currently playing in theaters. It’s the story of vampires and a wedding invitation that the main character Evie (Nathalie Emmanuel) should have declined.

When we first meet Evie, she’s a struggling New York artist and restaurant server mourning the loss of her mother. “It was always just my mom and me,” she says. “Having a family is what I really want.” To that end, she does a DNA test to see if she can weed out any long-lost relatives from the family tree. To her surprise, she discovers Oliver (Hugh Skinner), an English cousin, and wouldn’t you know he’s going to be in New York the following week.

Over dinner, she tells him that her mother always wanted to take her to England to learn more about their family history.

“There is a wedding coming up. You should come. Everyone is dying to meet you,” he says in a funny foreshadowing.

It turns out the extended family lives in a house that makes Downton Abbey look like a dump. Presided over by the aristocratic “Rockefeller rich” Walter (Thomas Doherty), it is a picture of lavish English country living. “Welcome to the new Carfax Abbey,” says Cousin Oliver.

Beneath the manicured lawns and starched suits of maids and footmen, however, lie deadly secrets. As the wedding day approaches, Evie’s questions about the whereabouts of the bride and groom are swept away by vague answers. “The bride and groom will make their grand entrance tomorrow,” she is told.

On D-Day, Evie learns too late that she is not just a wedding guest.

“To Evie,” Walter said offering a toast on the wedding night, “my new bride.”

Set amidst the Abbey’s gothic architecture, what starts out as a fish out of water story quickly turns spooky as things in the night start banging, but don’t expect much more than a few carefully designed jumps. Director Jessica M. Thompson is keeping the horror strictly for people who thought “Twilight” was the best vampire movie of all time.

That’s not to say there aren’t a well-acted scene or two in “The Invitation,” but when the best scene in a vampire romance is a sequence where the protagonist gets a manicure, it suggests deficits in the horror department.