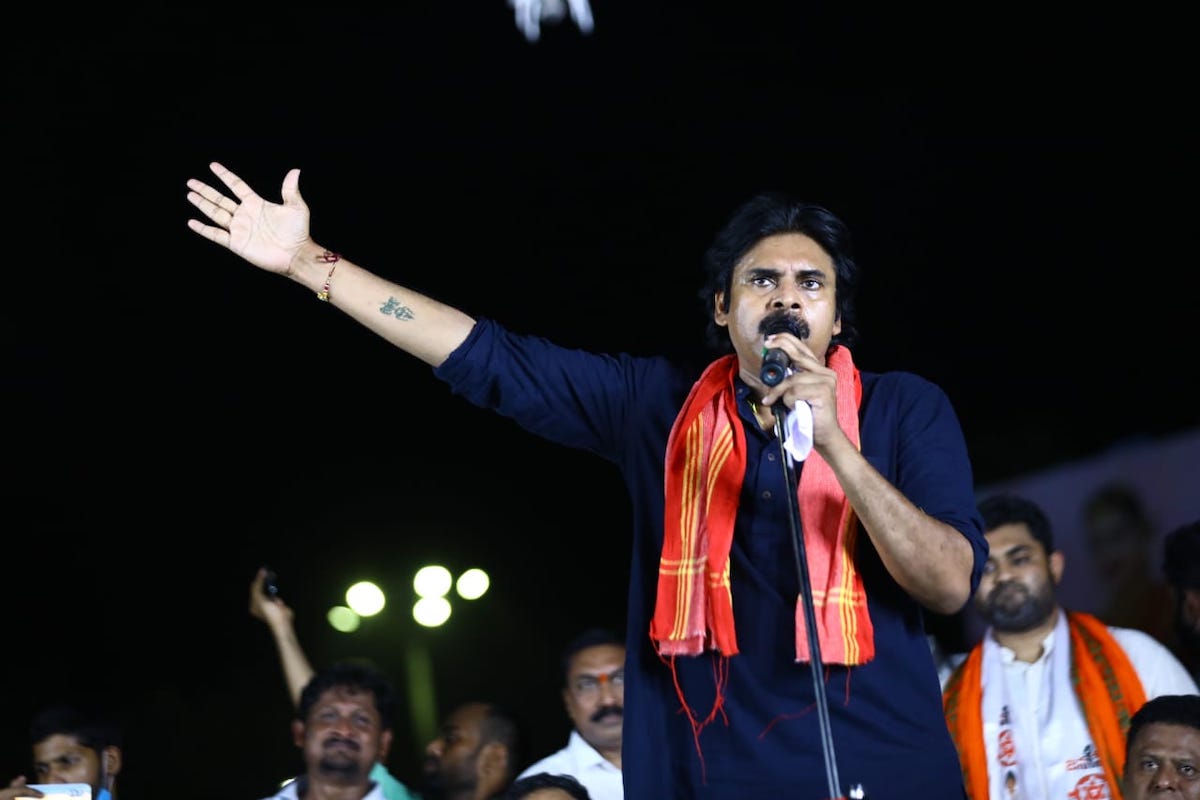 Pawan Kalyan has expressed his displeasure with Andhra’s recent government decision to sell movie tickets online and raised other issues related to the Telugu film industry.

A war of words erupted between actor-politician Pawan Kalyan and a few ministers in Andhra Pradesh after the former expressed dissatisfaction with the proposed online cinema ticket reservation system and raised other related issues. to the Telugu film industry, at a pre-release event for the movie Republic on Saturday.

Reacting to the recent Andhra government’s decision to sell movie tickets online, Pawan Kalyan alleged that the motive was to show them as part of the banks’ income and thus get more loans. The actor added that although it is the producers who make the films with a lot of investment, the government of Andhra wants to sell tickets and profit from them.

Extending his support for Pawan Kalyan, actor Nani also tweeted: â€œKeeping aside the political differences between Pawan Kalyan sir and the AP government. The film industry issues discussed are real and require immediate attention. Thank you @PawanKalyan sir (sic). â€ Karthikeya, another young actor from Tollywood, also tweeted to argue that Pawan Kalyan was speaking for the entire industry.

However, Andhra ministers went into defensive mode and countered the actor’s statement. Minister of Endowments Vellampalli Srinivas Rao said, â€œWhat is wrong if the government wants to sell tickets and reduce the burden on the common man? Even when leaving Vakeel Saab, Pawan Kalyan’s latest film, several theaters had sold black tickets at higher prices. If Pawan Kalyan is concerned, he should reduce his pay instead of questioning the government. The Minister of Information and Public Relations (I&PR), Perni Nani, referring to the latest version in Telugu, Love story, said the film generated more revenue in Andhra Pradesh than in Telangana.

Meanwhile, the Telugu Film Chamber of Commerce (TFCC) released an official statement and said the people who voice their opinions on social media platforms are not the voice of the industry as a whole.

The TFCC statement added, “We are extremely grateful to the government, under the leadership of Chief Minister YS Jagan Mohan Reddy, for patiently understanding and responding positively to all of our concerns and for ensuring that all of our concerns are addressed. favorably in the near future. He added: “The Telugu states of Andhra Pradesh and Telangana are the two eyes of our film industry and our two chief ministers have been proactive and have always encouraged and supported us.”

As previously reported by TNM, after a meeting with Tollywood delegates on September 20, the government of Andhra announced that it would roll out the online ticketing system for films, saying the move would ensure transparency, institute uniform prices, would help curb the black market for tickets, and stop all tax evasion in movie theaters.