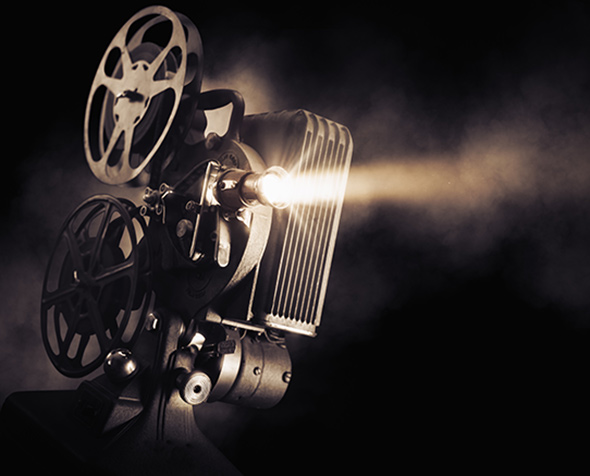 Once upon a time, box office sales were the deciding barometer in the film industry. Studios were eager to guide their audiences to the big screen, where the Columbia Journalism Review estimated they need to bring in $ 74 million just to break even.

But with the decline of theater audiences, the competition for their eyes on their televisions, laptops, and phones has only grown. For many consumers, making a decision at a movie night begins with analyzing ratings and reviews online.

â€œSocial media platforms have redefined the way consumers get information,â€ says Tianjie Deng, assistant professor in the business intelligence and analysis department at Daniels College of Business. â€œEvery player in the business world tries to harness the power of these platforms in order to maximize their profits and exposure. As a result, social platforms offer a variety of reviews simultaneously: user ratings, user comments, reviewer ratings, and reviewer comments. But we still don’t have a complete picture of the exact impact each of these different forms of reviews has on actual sales. “

In other words, what matters most to consumers? Digital assessments? Written opinions? Do they trust the critics or their peers? To find the answer, Deng targeted his latest search on the popular Rotten Tomatoes site, extracting more than 180,000 user reviews and nearly 13,000 reviews.

As the 93rd Academy Awards approached, Deng answered a few questions from the DU press room about the power and influence of online film critics.

First, why are reviews important?

Social media platforms have really redefined the way consumers get information. Instead of passively hearing from a friend of a friend that a movie was good, you can now go online and see what the 10,000 people who saw the movie thought. Not only that, but these platforms have started customizing profiles, so you’re almost guaranteed to see reviews from someone buying what you buy and watching the same TV shows you watch – all with the aim of publicize the opinions you see. much more convincing and influential. A survey conducted by Dimensional Research shows that nearly 90% of consumers who read reviews online use these reviews to aid in their purchasing decisions. Specifically, in the film industry, research has confirmed the economic impact of online reviews. Therefore, a good understanding of the exact impact of these reviews on sales, as well as the magnitude of these impacts, would have valuable implications for film distributors, online rating platforms, as well as consumers themselves. themselves.

You find in your research that many people consider reviews to be outdated in the internet age of consumer reviews. Did you find that to be true?

Quite the contrary. Readers might not care so much about the digital ratings critics give a movie, but they do care about the textual content of their reviews. The sentiments in such texts are positively related to the sales of films. So, as a movie distributor, you want critics to say positive things in their reviews to persuade moviegoers to choose your movie. Perhaps this is because moviegoers have come to expect critics to be “rock hard” and not so easily swayed by fluff, so when critics approve of something, it must be good.

This notion has actually inspired other research I am currently conducting: Are the reviews really unbiased? There is already evidence of â€œherd behaviorâ€ in the user review community: a user tends to hang out with their online friends when rating movies. Does this effect also exist within the critical reviewer community?

What are the main differences between user reviews and critical reviews?

In general, users give more positive reviews – higher numerical ratings and a more positive tone in their textual comments – while reviews tend to offer reviews with lower ratings and a more neutral feeling. This raised a very interesting question for me: as a consumer, what is the impact of this discrepancy on your decision? Is there a consistency bonus found in reviews of reviews, or is it better to refer to people who are more like you? In addition, is the impact of this bias between reviews and users strong enough to impact sales?

Why do you think users leave more positive reviews than reviews?

There could be some explanation. The first is that users only criticize the movies they choose to watch, which already reflects a positive sentiment towards the movie. On the other hand, some researchers have argued that negative reviewers are more likely to be seen as smarter and more competent than positive reviewers. As a result, critical reviewers may tend to provide more negative reviews to be seen as more knowledgeable and professional.

Is there a difference in the impact of reviews on consumers and / or sales?

Yes. While users influence sales through their digital ratings, reviews influence sales through their textual comments. This shows that consumers use both reviews, but selectively rely on certain aspects of those reviews. This makes sense, given that the large number of user reviews makes written reviews less informative individually, but improves the reliability of the digital rating compared to reviews. Readers primarily use users’ digital ratings as heuristic-quality cues, while relying on textual accounts of reviewers to identify the rationale and sentiment offered in those reviews. As a result, critical reviews and user reviews both impact sales, but in different forms.

What are the practical implications of your research?

The results of this research can provide valuable insight into social media marketing strategies for film distributors and studios. As the study confirms the economic value of reviews and user reviews, movie distributors may consider increasing their investment in social media marketing to increase their sales. In addition, film production companies can better assess whether a film will have a profitable return on its investment. The different sales impacts of critical reviews and user reviews found in this study may guide distributors to prioritize their investments more strategically. They may want to offer incentives to their two main groups of word of mouth online contributors – reviewers and users – to encourage them to focus on different forms of reviews and recommendations. For example, when promoting a movie, studios and distributors should pay close attention to what the critics are saying rather than their rating.

One example of an impact that film production companies could implement based on my findings is the production of trailers. Often times movie previews and trailers will feature quotes from prominent critics and their star ratings, I would say the companies making these trailers should include user rating on IMDB, Rotten Tomatoes, etc. . alongside quotes from critics when promoting their film.

For review platform managers, my findings can help them improve contribution and improve the quality of user-generated reviews and reviews. These platforms should also consider providing different metrics of reviews and user reviews, in order to help their audience deal with them better. Many review platforms already offer digital ratings aggregated from consumer reviews. At the same time, they can consider extracting keywords, general feeling and sentiment associated with different movie characteristics from critical reviews, in order to reduce the information processing effort of information seekers and improve their experience of using the platform.