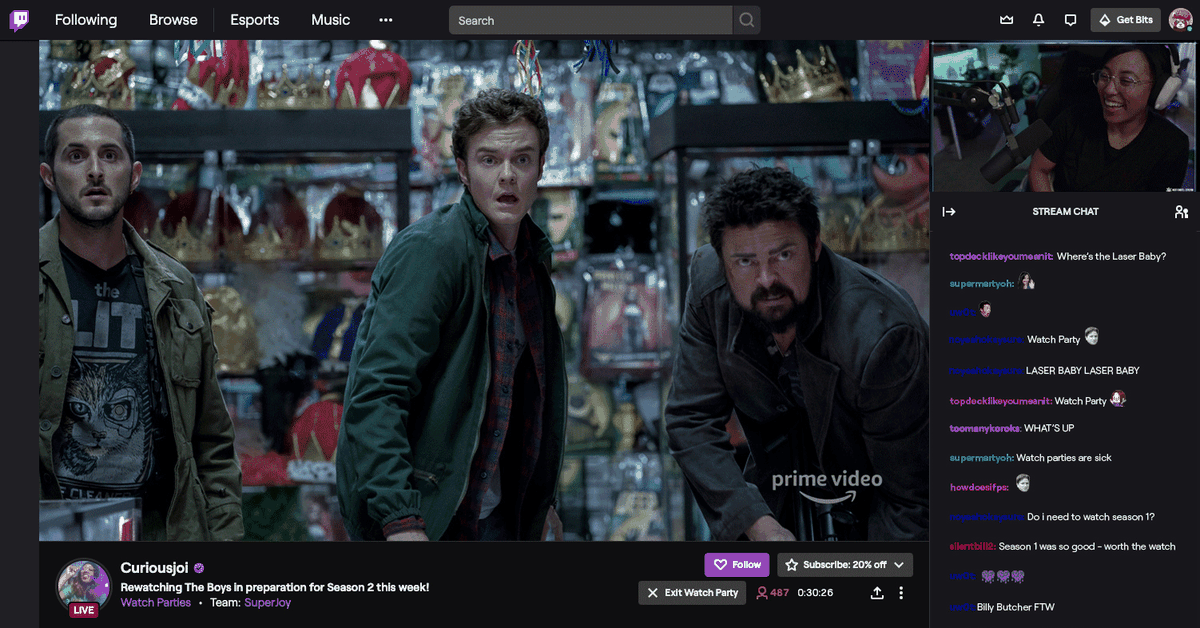 Twitch’s Watch Parties feature is rolling out to everyone today, giving streamers and their followers around the world the chance to watch Amazon’s library of movies and TV shows together. It’s not just for families; As long as everyone has an Amazon Prime account, a streamer can now host a â€œpublicâ€ movie viewing with all of their fans.

Watch nights have generally taken off in recent months as people trapped at home find ways to make watching TV shows and movies more social and interactive. Unlike apps like Scener, which allows users to stream Netflix, Disney Plus, and HBO titles with friends in the United States, Twitch Watch Parties are designed specifically for Amazon Prime Video. Ah, the smell of business synergy in the morning. Watch Parties is currently not available on mobile devices, but Twitch is working on it and plans to roll out this feature in the coming months.

While the feature will be available worldwide soon, licensing complications caused by geographic locations will affect what viewers see. For example, shows licensed from Amazon Prime Video in the UK (such as Star Trek: Picard) are not available in the United States on Amazon Prime Video; Picard lives exclusively on CBS All Access here. If a UK streamer plays an episode, a viewer in the US will not be able to watch the episode even if they are using a Prime account.

It’s unclear how many streamers and viewers in the US have used the feature since the beta rolled out to Twitch Partners in April. Yet Watch Parties is another way for Amazon to continue to cross-promote its two products – and keep people within its ecosystem.